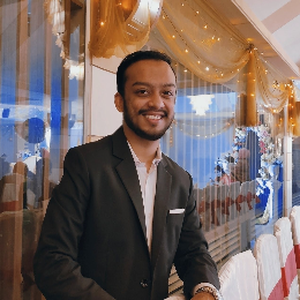 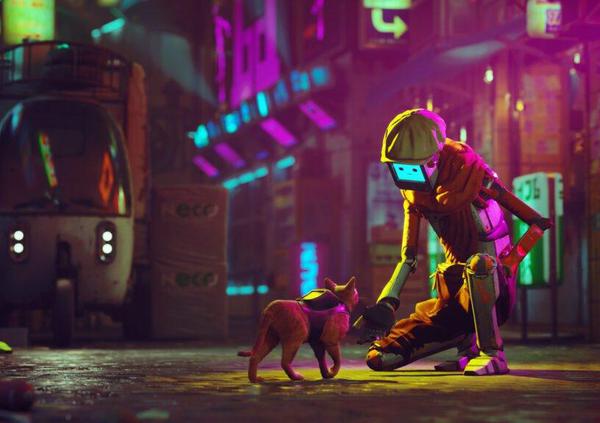 Video games with action-adventure elements offer us a lot of things to do to catch up with the main character and the wider playable world filled with a variety of activities. In the case of Stray, which has a bit of action and a whole lot of adventure, the backstory of the main character is plain and simple. You are a cat. That’s it. But even without any compelling backstory, Stray offers us a phenomenal adventure in a dystopian cyberpunk world from the perspective of a furry protagonist. The a 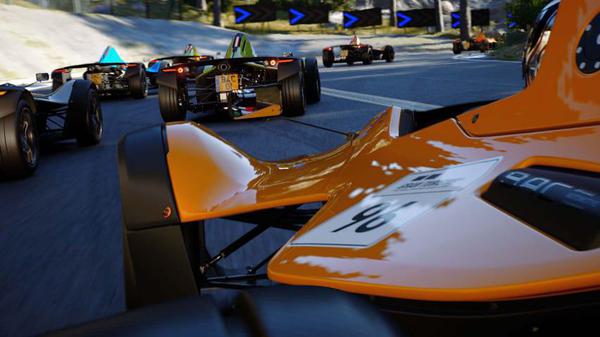 When you hear the name Gran Turismo, you imagine a racing game filled with unprecedented potential and one that takes the love for car culture to the next level. It shares a belief that you need cars in your life and makes you fall in love with them in an unexpected way. The absolute joy of taking a Supra around Trial Mountain and coming up with the perfect lap after so many failed attempts, tuning your Honda Civic to win the Sunday Cup, and finally having the ability to buy that coveted Le Mans 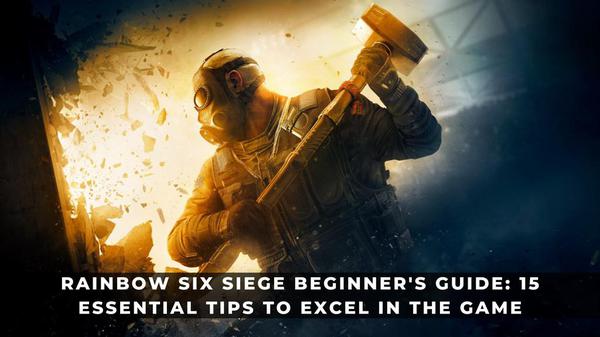 Starting out in Rainbow Six Siege can be very difficult for players who aren't used to this style of first-person shooter. This can get them overwhelmed and frustrated very easily. To prevent that here is a beginner guide with 15 essential tips to excel and be successful in the game. Tom Clancy’s Rainbow Six Siege is now one of the most popular shooters that has been released in recent years. The game is considerably more appealing to players since it features both slow and fast-paced action, w 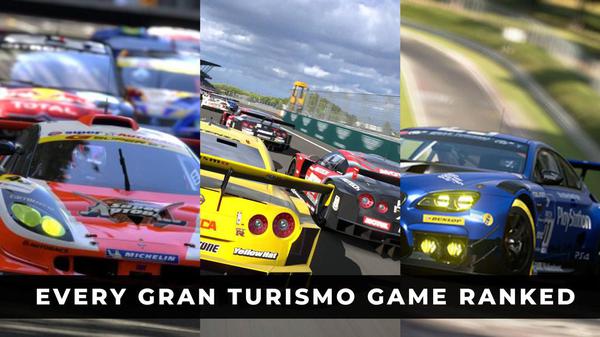 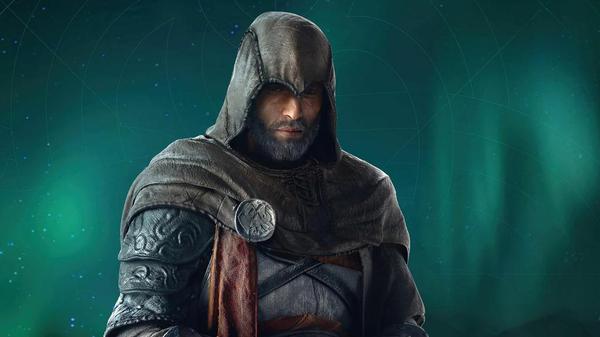 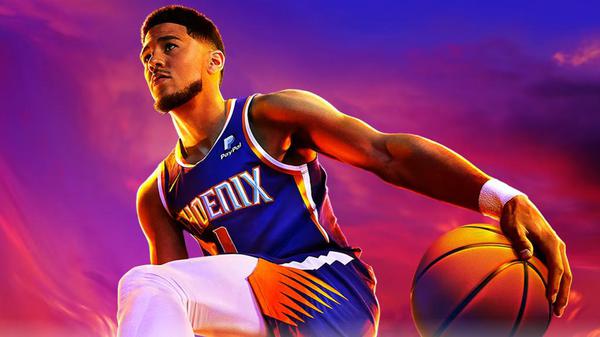 NBA 2K23 is the latest release in the official basketball game series by 2K and comes with a lot of exciting features and new additions. One of the major targets with NBA 2K23 was focusing on authenticity and better gameplay mechanics, as such there are key differences between the game in the last and current generation versions concerning graphics, gameplay, size, and pricing. For this reason, we broke down the key details that differentiate between the last and current gen of NBA 2K23. The fi 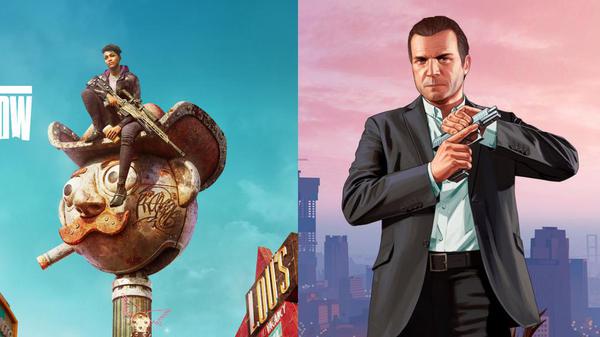 Saints Row vs GTA Comparison: Which series should you play?

The Saints Row and GTA series are one of the most well-known open-world games of all time. They excel in various aspects of open-world gameplay in different ways. The first couple of Saints Row games were heavily compared to the GTA series and were touted as GTA clones. Starting with the third entry the series has since established its own identity and fan base. You might be confused about which series you should play between Saints Row and GTA. To clear up that confusion, here are some key poi 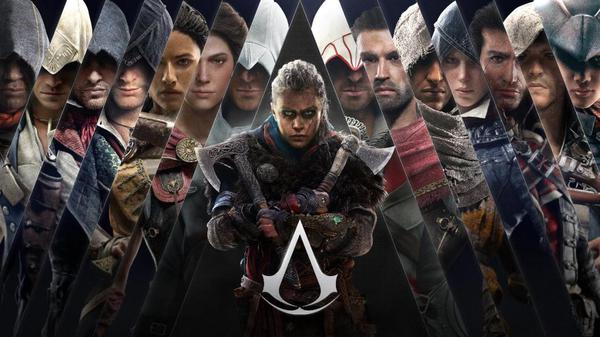 Assassin’s Creed is one of the most beloved series of all time with its unique take on open-world design, gameplay mechanics, and story. With the 15th anniversary of the series and Assassin’s Creed Mirage being announced, players might be thinking about how to replay the whole series again or are looking to start for the first time. For this reason, we’ve compiled a list of how to play the mainline games in the series in chronological and release order, depending on the player’s preferences. Od 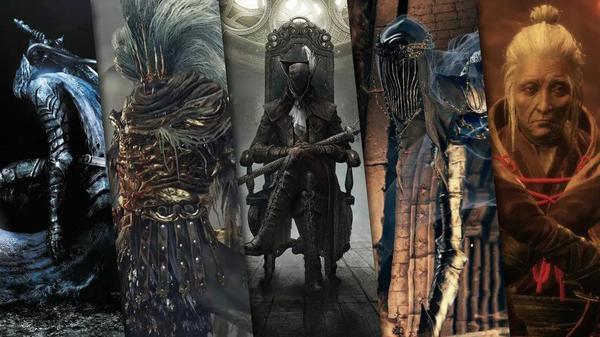 Sony and Tencent to Acquire 30% of FromSoftware

Earlier today, Kadokawa Corporation, the parent company of FromSoftware, revealed that both Sony and Tencent would be acquiring in total of 30% of the Japanese publisher. Sixjoy Hongkong, a subsidiary of Tencent and Sony Interactive Entertainment, will receive the new shares. After the shares are issued, Sixjoy Hongkong will own 16.25%. On the other hand, Sony will own 14.09% while the remaining shares would be continued to own by Kadokawa. In the press release, it is stated, ”Through the imp 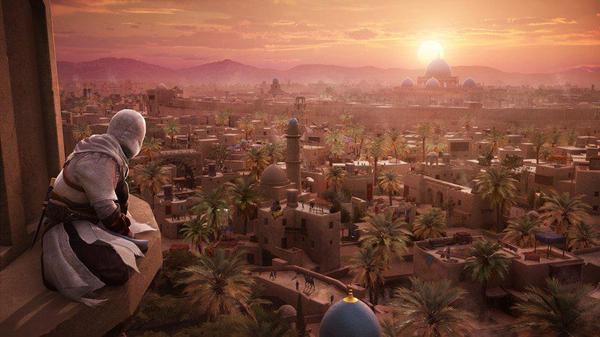 Here are all the Upcoming Assassin's Creed Games 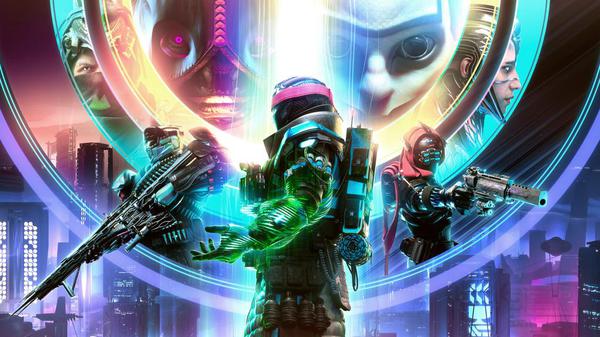 Bungie has recently revealed the trailer for the upcoming expansion of Destiny 2 titled Lightfall. It is set for release on February 28, 2023. The Lightfall expansion is the penultimate part of the Light and Darkness Saga. Lightfall is the follow-up to the most recent “The Witch Queen” expansion. The expansion will probably be the first true battle between the Guardians and The Witness, a ‘child of the Darkness’ that haunts the Destiny 2 Universe. We got a first proper look at The Witness during 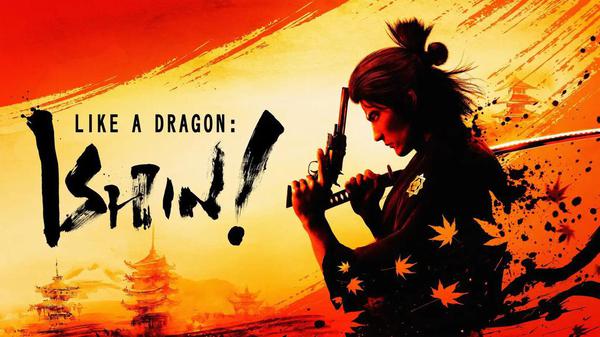 In the latest PlayStation State of Play, a remake for Like a Dragon: Ishin had been announced. Sega and Ryu Ga Gotoku Studio announced that the remake would release on February 2023 for the Playstation 4, Playstation 5, Xbox One, Xbox Series X|S, and PC. The announcement was accompanied by a trailer that showcased the plot of the game as well as its characters. Like a Dragon: Ishin is a spin-off to the Yakuza series. It is an original action-adventure historical thriller set in 1860s Kyo, a fic 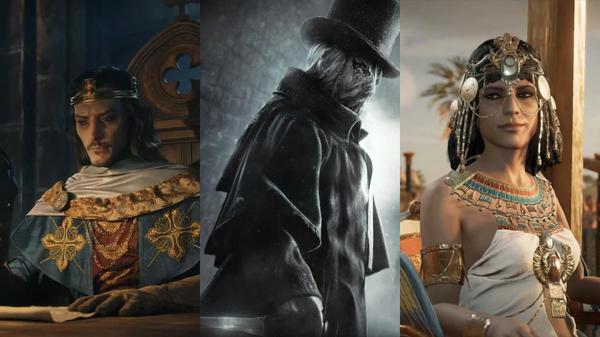 The 10 best historical characters in the Assassin's Creed series

The Assassin’s Creed series is renowned for its vivid take on historical fiction and for authentically representing various eras of human civilization. That includes portraying various historical characters who had major contributions in reality, as well as the overall plot of the series. The game’s portrayal of these characters varies in depth, behavior, and authenticity. But for now, we have managed to nail down 10 of the best to appear in the Assassin’s Creed series. Alfred of Wessex, or as 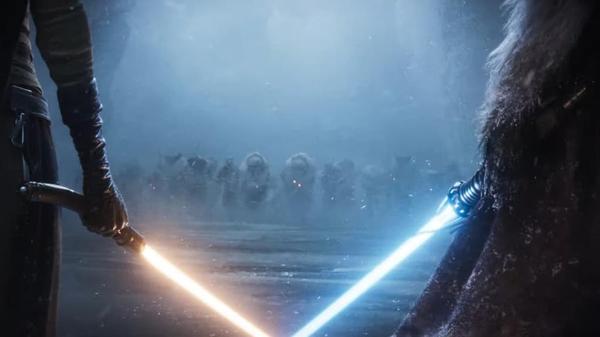 Per an early Wednesday morning announcement, Chinese technology company NetEase has officially acquired video game studio Quantic Dream. The developer’s portfolio of games consists of narrative games Detroit: Become Human, Heavy Rain, Beyond: Two Souls, and many more. Before this acquisition, NetEase had already acquired a minority stake in the studio back in 2019. The Paris-based studio will continue to operate independently, and embattled co-CEOs David Cage and Guillaime de Fondaumière will re 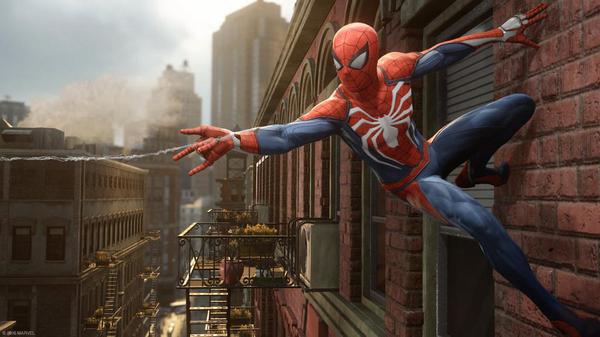 With the release of Marvel’s Spider-Man: Remastered on PC, the modding community is going wild with fantastic mods, as to be expected. These mods showcase the creativity of the modders and most importantly, their love for the amazing web-slinger and the overall Marvel franchise. With that in mind, here are 10 of the best mods for Marvel’s Spider-Man on PC right now. Related: The 10 best Spider-Man games of all time This mod by Jak90_UK gives players the ability to suit up with the Classic Symb 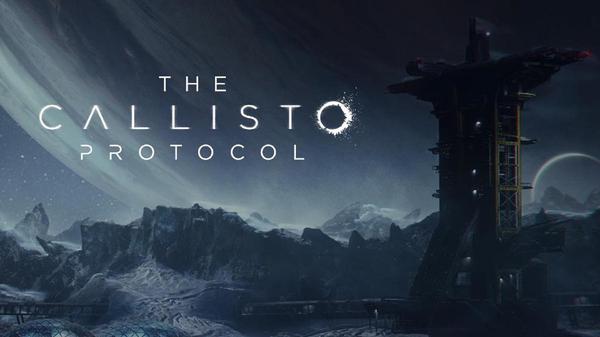 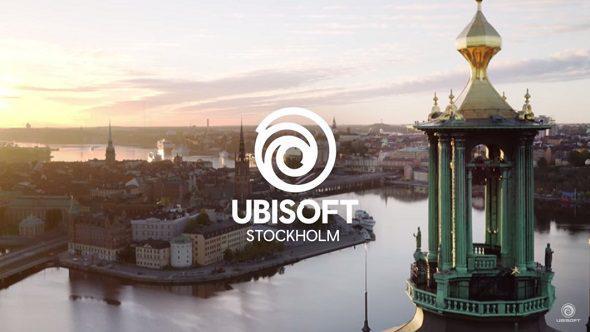 It seems that Ubisoft Stockholm is currently working on a new IP and an unannounced project. A few job postings were found on the official website of the Stockholm branch which mentioned it. Not only that, all of the job postings had [NEW IP] written beside them. Some of the postings that are mentioned are for an Animation/Engine Programmer, Lead Game Designer, Build & Release Engineer, and many more. There hasn’t been any mention of what kind of game the new IP or project will be. Full details 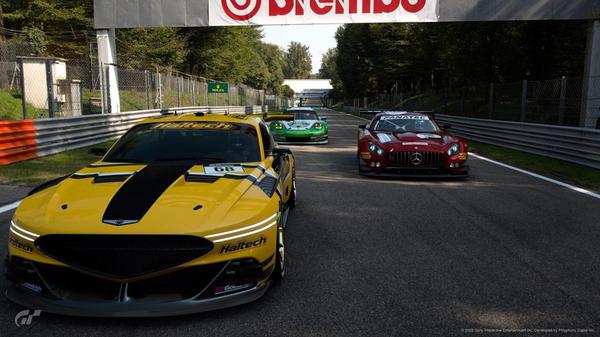 Gran Turismo 7 has a wide range of Gr.3 cars in the game for players to drive with. These Gr.3 cars are based on real-life GT3, GTE, and other old categories of competitive races. In Gran Turismo 7, you can buy them from Brand Central and the Legends Dealership. Although they are in the same category, these cars behave in different ways concerning the handling, acceleration, traction as well as top speed. For this, we list down 10 of the best Gr.3 cars in Gran Turismo 7. Note that all the cars i 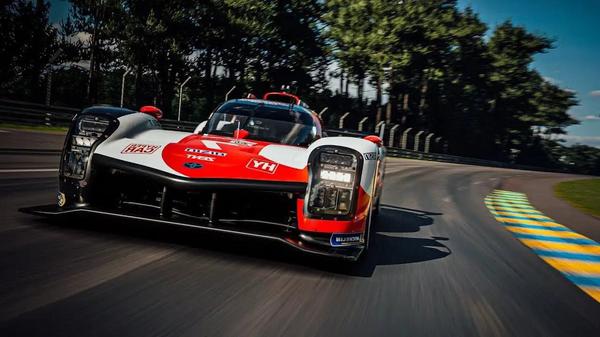 How to Unlock New Cars in Gran Turismo 7

Gran Turismo 7 has over 400 cars of different varieties and classes, from Japanese Kei cars to Vision Gran Turismo. All of them are unique in their own way and possess unique visual characteristics and custom liveries. So, in order to drive them in the game, you first need to unlock access to them. There are many ways you can unlock cars in Gran Turismo 7. The ways you can unlock them are given below: The majority of the Café Menus is about collecting different variations and classes of cars. Y 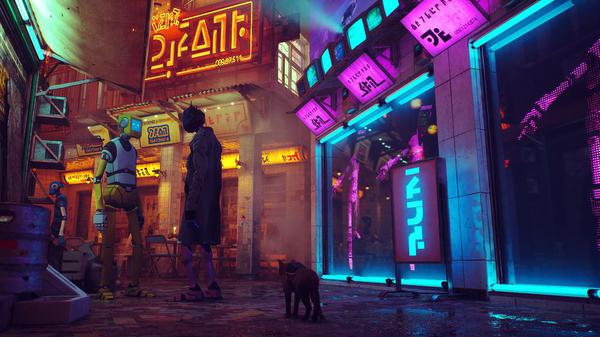 Stray Has Been Rated In Korea

Cat-themed adventure game Stray has recently been rated in Korea. This might mean that the release of the game is on the horizon and we might hear of a specific date soon. Stray: What Is It and When Will It Come Out? Stray is an action-adventure game created by BlueTwelve Studio and published by Annapurna Interactive. It is scheduled to be released this year for the PS4, PS5, and PC. The game will have players take the role of a cat set in an open-world environment with cyberpunk elements. The
Load More Articles
Close ✕ 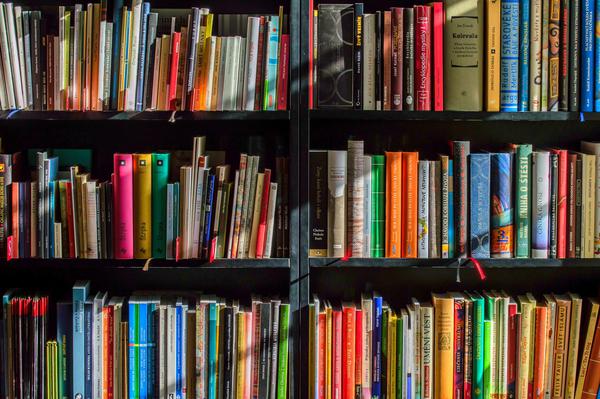 Photo by Pixabay on Pexels 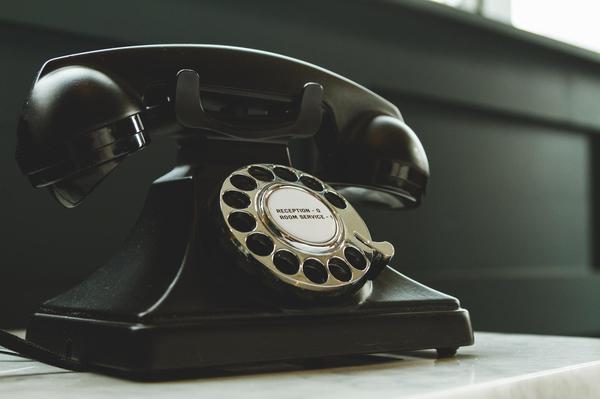